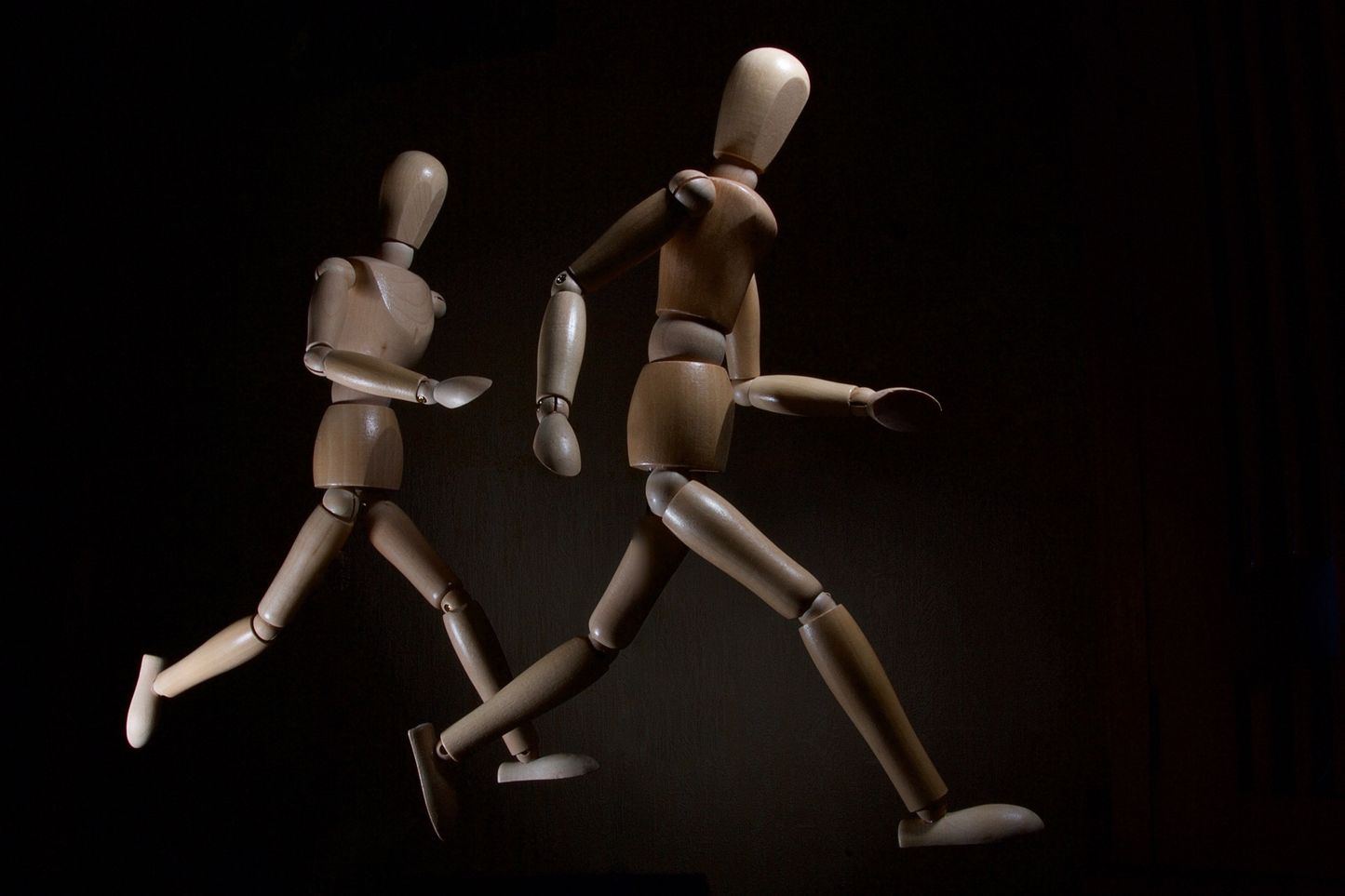 In his book on “virality,” Contagious: Why Things Catch On, Jonah Berger posits that emotions drive the sharing of information. And it’s not just about the heart, but the body.

I wanted to test a simple but intriguing hypothesis. At this point we knew that emotionally arousing content or experiences would be more likely to be shared… If arousal induces sharing, then might any physiologically arousing experience drive people to share stories and information with others?

…Running doesn’t evoke emotion, but it is just as physiologically arousing. It gets your heart rate up, increases blood pressure, etc. So if arousal of any sort boosts sharing, then running in place should lead people to share things with others. Even if the things people are talking about or sharing have nothing to do with the reason they are experiencing arousal.

And it did. Among students who had been instructed to jog, 75 percent shared the article – more than twice as many as the students who had been in the “relaxed” group. Thus any sort of arousal, whether from emotional or physical sources, and even arousal due to the situation itself (rather than content), can boost transmission. (Berger, Contagious, 121)

…people are less likely to talk about or share things that make them content because contentment decreases arousal. (Berger, 110)

No, Kontomo is not pivoting away from the performing arts to turn into yet another fitness app.

And this is not a discussion of how concertgoers who walk up the many stairs to their seats (like the Dress Circle at Carnegie Hall) may be more inclined to share their feelings about a concert than those who sit below in the more expensive Parquet seats. (I do believe in all seriousness, however, that it would be an interesting and worthwhile study to do!)

No wonder people don’t share information about serious performing arts concerts. You just sit quietly for the concert, and if the concert is good, you become content from listening/watching something profound.

Which leads me to where I’d like to draw your attention.

How can the performing arts (especially, the serious type) better define, project, and encourage appropriate emotional-physiological responses — outside of the presentation?

No doubt, the performing arts is about emotion (and often, much more). Receptive audiences come away in awe and get excited from great performances. And it’s that experience of awe we cherish and subsequently pass on to others.

But let’s consider for a moment in what ways you, as a concertgoer, are physiologically excited before and after a concert, especially if the concert is an unfamiliar one. Maybe you feel some anticipation before going, and hopefully there’s a ‘glow’ within your soul afterwards?

Let me describe my own current perspective on how I feel before and after a concert. (This is going to be frank…)

I do not normally get physiologically excited or immersed in the vibe of a concert beforehand, because it just doesn’t happen naturally unless I’m already invested in it as an ‘insider.’

Social media, websites, videos, flyers, and posters create a vibe that is almost always one-dimensional. Understandably, marketing requires obvious hooks and for ‘the message’ to be clear for its target audience. But with the exception of really well-managed social media campaigns, these channels aren’t conducive to making me into an ‘insider.’ At best, it’s an infomercial I don’t mind being shown a few times. At worst, it’s boring or even a turnoff (which is unfortunately, too common). So I find it difficult or impossible to guess the vibe of an upcoming concert. I have to interpret the PR marketing and before I know it, I find myself stereotyping and assuming what the concert’s going to be like. And perhaps as evidence I’ve become jaded, I usually feel little or no specific emotional-physiological response as a concertgoer before going to most serious concerts. I’ve always wished I could get a better feel for what a concert’s going to be like in deciding whether I’m going to go to a concert or not.

As for recalling the special feeling a particular concert has given me, I find that ticket stubs, playbills, merchandise, social media, and Google Photos or Apple Photos can serve as good triggers for such memories. But when it’s disorganized or presented out of context (or out of mood), it feels strangely discombobulating. And with the recent rise of AI-managed personalization services, the selected ‘memories’ pushed at me by those apps and services ironically turn my mementos into something cold and creepy rather than warm and nostalgic.

I would love to hear your response, especially if your thoughts and outlook are different from mine!

How can people really get an intuitive feel of what a concert’s going to be like, and even help define its vibe beforehand?

How can a fun and welcomed emotional-physiological element be absorbed into the vibe before and after a concert?

How can concertgoers feel a new dimension of belonging to a particular concert?

These are some of the questions we ask here at Kontomo.